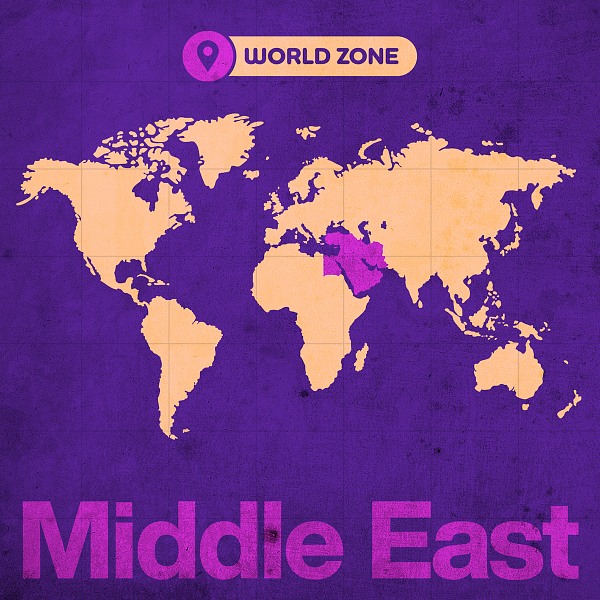 Taking you from the banks of the Nile to the deserts of Arabia and the foothills of Afghanistan and Pakistan, Middle East is the third in the Worldzone series of albums taking you on a massive musical journey around the globe. Featuring 45 tracks plus versions the album is aimed at travel TV and documentaries about global issues.